Farren Memorials has been servicing the Glasnevin Cemetery for many years. We offer a variety of services such as headstones, inscriptions, renovation, and maintenance.

Contact us today to learn more about how we can help you with any of our services in Glasnevin Cemetery.
Get a Quote 086 077 7155 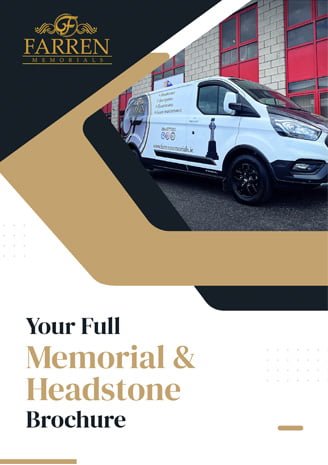 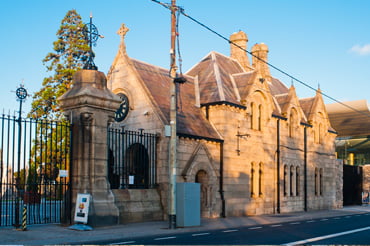 We understand the importance of maintaining headstones and grave sites at Glasnevin Cemetery and ensuring that it is a respectful place for the deceased and their loved ones.

We pride ourselves on our professional and friendly services we offer at Glasnevin Cemetery, and we are available to answer any questions you may have about any of them.

We offer all our Headstone & Memorial services in Glasnevin Cemetery. You can see a summary of each service below:

Headstone inscriptions are arguably one of the most important elements of a gravestone. We offer our inscriptions services in Glasnevin Cemetery so get in touch and we’ll help you.

Our team offer a variety of different headstone renovation services to suit your needs. We can clean the stone, repair any damage, and even make changes to the inscription if you so desire.

We offer a wide range of grave maintenance services in Glasnevin Cemetery to cater for all your needs. We understand that dealing with the upkeep of a loved one’s grave can be a difficult and emotional task, which is why we offer our help and support every step of the way.

Glasnevin Cemetery is the largest cemetery in Ireland and is located just north of Dublin city center. Founded in 1832, it was originally known as Prospect Cemetery.

The cemetery was designed by Dublin City Surveyor, Nathaniel Jacob, and covers an area of 124 acres.

The first person buried there was eleven-year-old Michael Flynn on February 10, 1832. Today, the cemetery holds the remains of over 1.5 million people.

There are many notable people buried in Glasnevin Cemetery including:

Daniel O’Connell – known as The Liberator, he was an Irish political leader who fought for Catholic Emancipation and helped repeal the Act of Union between Ireland and Britain.

Michael Collins – one of the leaders of the Irish Rebellion of 1916 and a key figure in the War of Independence. He served as Minister for Finance and then Acting President of the Irish Republic. He was assassinated in 1922 at the age of 31.

Maud Gonne – an English-born Irish revolutionary, suffragette, and actress. She was highly influential in early nationalist and feminist movements in Ireland.

Luke Kelly – a folk singer and founding member of The Dubliners. He died at the age of 43 from brain cancer.

Brendan Behan – an Irish writer and poet who was also a member of the IRA. He wrote several plays including ‘The Hostage’ and ‘Borstal Boy’.

Oscar Wilde – an Irish playwright, novelist, essayist, and poet. He is best known for his works ‘The Picture of Dorian Gray’ and ‘The Importance of Being Ernest’. He died at the age 46 from meningitis brought on by untreated syphilis.

Samuel Beckett – an avant-garde novelist, playwright, theatre director, poet, translator, and critic from Ireland. He is considered to be one of the most influential writers of the 20th century and was awarded the Nobel Prize for Literature in 1969 “for his writing, which—in new forms for the novel and drama—inventively extends the scope and tradition of these genres”.

James Joyce – an Irish novelist who is considered to be one of the most important writers of the 20th century. His major works include ‘Ulysses’ and ‘Finnegans Wake’.

Glasnevin Cemetery is a beautiful place with a rich history dating back to 1832 when it was first founded as Prospect Cemetery.

If you’re ever in Dublin make sure to swing by this lovely cemetery for a stroll, visit the tourist centre or one of their many events!

Speak with experts in headstone and maintenance directly today.

How can we help you today?

Get a Free Quote

If you would like a customised headstone quote or any services we provide you can click the button below and start the process quickly.

Speak directly to an expert

If you would prefer to speak directly with one of our experienced memorial and headstone experts, you can reach us at our phone 086 077 7155.

Enter your details below:

Enter your question below

Enter your details below